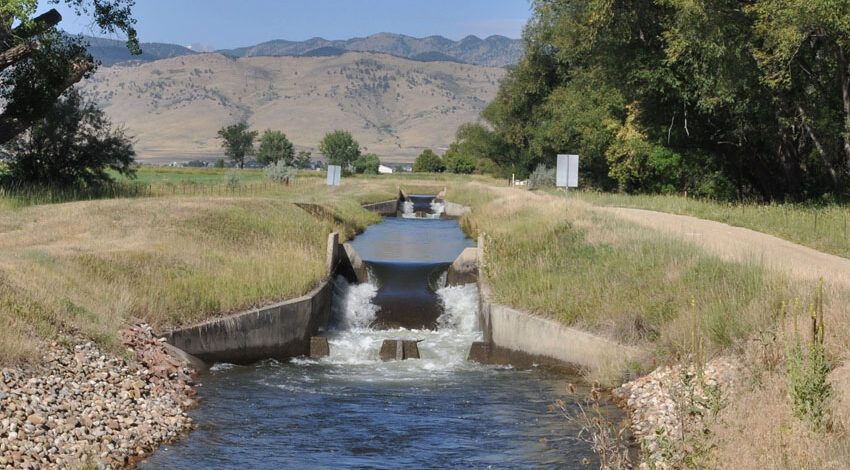 In 1996,  the Adigudem dam had already been completed and the next assignment was to construct the irrigation canals at the downstream of the dam. Figure  1 shows the Adigudem surface irrigation project (Gumselasa dam). 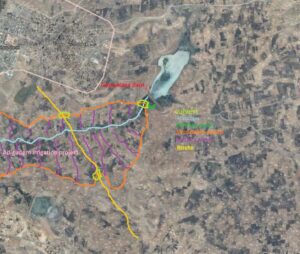 Enterprise:  Sustainable Agriculture and Environmental Rehabilitation in Tigray Region (SAERT). A semi-governmental institute and its main office were located at Mekele city, in the northern region of Ethiopia. 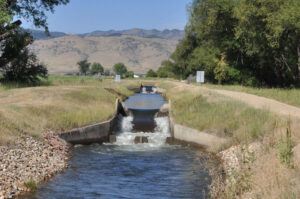 There were three culverts; two of them were placed along the route and facilitate or used as a passage to tractors to the other side of the farm and the third culvert utilized to link up the primary canal and the right side secondary canal.

The canals were dug out by local communities hardly with any assistance of machinery.

There were several turnouts (diversion boxes with small gates) at the junction of secondary and tertiary canals. An illustration of the division box shown in Figure 3 and 4 utilized to demonstrate the actual turnout at the Adigudem irrigation project. 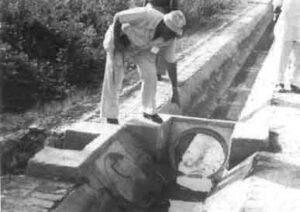 There were two Large drop structures that have stilling basin with an approximate size of 3m* 2m*0.4m. Figure 5 shows a typical example of a stilling basin.

The cost of the project can certainly be roughly estimated employing the cost incurred on the 1000 laborers, two tractor operators, two paid foremen, an engineer, a co-engineer and a paid local community mobilizer. The period of construction lasts around 10 months. The cost incurred on essence and tractor maintenance, sand, cement, stone, and other design and supervision costs are not included in this estimation.

The Role of The Site Engineer

The responsibility of the site engineer was, transmitting the layout design from the paper to the ground using surveying instruments (theodolite), identifying the placement of the drop structures along the canals, and plus monitoring the construction process.

The project was successfully completed and enabled the local community of Adigudem to produce their vegetables and crops throughout the year. The farm exists until now. Nevertheless, owing to the piling up of silt at the reservoir, the quantity of water that could be retained behind the dam is drastically dropped. Subsequently, this trims down the volume of water which can be used for irrigation application. 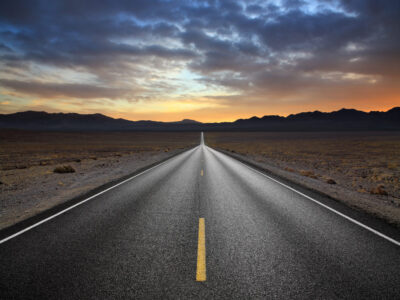 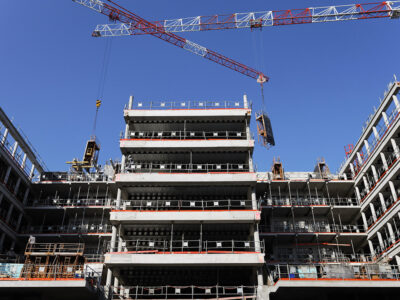 Tags Assab Hospital, Building, Construction, Hospital
We use cookies on our website to give you the most relevant experience by remembering your preferences and repeat visits. By clicking “Accept All”, you consent to the use of ALL the cookies. However, you may visit "Cookie Settings" to provide a controlled consent.
Cookie SettingsAccept All
Manage consent

This website uses cookies to improve your experience while you navigate through the website. Out of these, the cookies that are categorized as necessary are stored on your browser as they are essential for the working of basic functionalities of the website. We also use third-party cookies that help us analyze and understand how you use this website. These cookies will be stored in your browser only with your consent. You also have the option to opt-out of these cookies. But opting out of some of these cookies may affect your browsing experience.
Necessary Always Enabled

Any cookies that may not be particularly necessary for the website to function and is used specifically to collect user personal data via analytics, ads, other embedded contents are termed as non-necessary cookies. It is mandatory to procure user consent prior to running these cookies on your website.